Pension watchdog objects to plan to save Sears 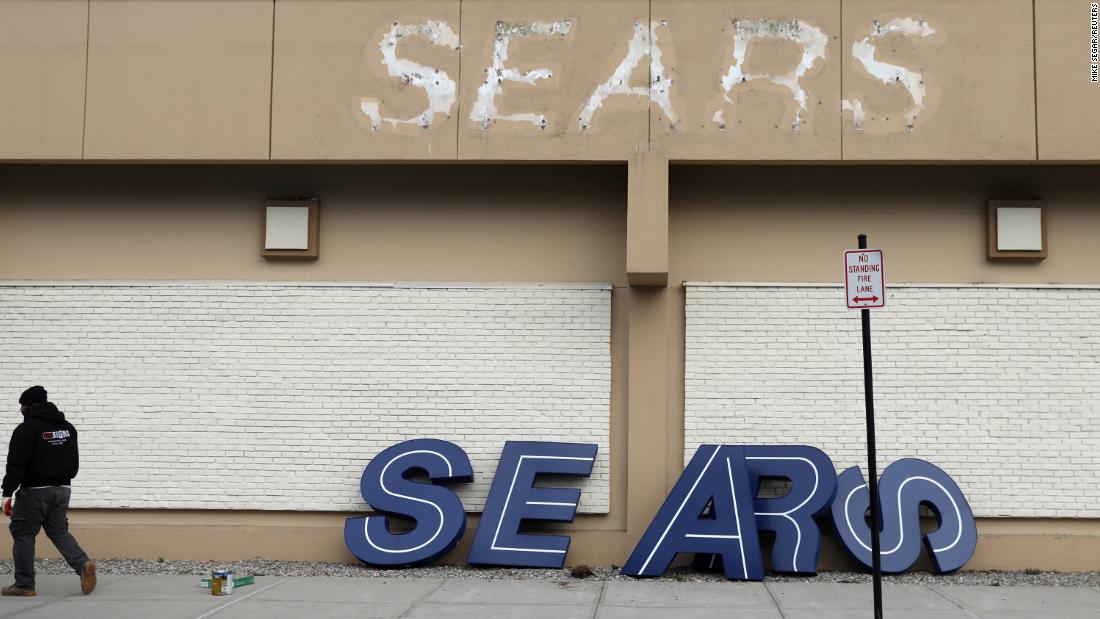 New York (CNN Business)The feds have chosen a side in the fight to save Sears.

PBGC filed an objection to the sale in bankruptcy court.
On Thursday, the PBGC is set to take control of two Sears pension funds and start paying benefits to about 90,000 retirees, surviving spouses and other plan participants. It will use the remaining assets in the plans to make the payments, but the agency says it will fall $1.4 billion short of requirements.
At the insistence of the PBGC, the Sears pension plans had been promised a share of the royalties that Sears pays to a subsidiary for its Kenmore and DieHard brands. But Lampert’s proposal would eliminate royalties for those trademarks going forward, a move that drew PBGC’s objection.
Sears could not be reached for comment. The PBGC declined a request for comment on the agency’s filing.

The PBGC operates as a safeguard for retirees, the same way that the FDIC protects the deposits of bank customers. When a company with a traditional pension plan goes bankrupt, the PBGC typically steps in, particularly when the plan is underfunded. It takes the remaining assets and makes the payments to beneficiaries. The difference is funded by regular premium payments made by all companies that operate such plans.
The agency has been working on the funding level for the Sears plans for a number of years as losses at the retailer mounted and the risk of bankruptcy rose.
Sears’ pension plans were frozen in 2005, when Lampert took control of the company and merged Sears and Kmart merged to create Sears Holdings. Sears Holdings had more than 300,000 employees at that time.
Beneficiaries did not accrue additional benefits after the freeze, but they were still eligible to collect what they were due.Sears has made a total of $4.5 billion in contributions to the pension plans since they were frozen in 2005 to cover the promised benefits.
When it sold its Craftsman tool brand to Stanley Black & Decker, up to $500 million of the proceeds were promised to the pension plans.
Last year, Lampert wrote a blog post bemoaning Sears’ competitive disadvantages against the likes of Amazon (AMZN) and Walmart (WMT), which do not fund traditional pension plans.
If Sears could have put the money going to the pension plans into operations, “we would have been in a better position to compete,” Lampert wrote at that time, a month before the bankruptcy filing.

Other objections to saving Sears

The proposed sale also faces strong opposition from a committee of major creditors — such as vendors and landlords — who argue that Sears should be closed down and have its assets liquidated.
US Bankruptcy Judge Robert Drain is due to hear arguments about the bid at a Monday hearing.

Capitalism is failing workers. People want a job with a decent wage why is that so hard? | Richard Reeves

The workings of capitalism have been challenged both from the populist right and the socialist left. At the heart of the discontent in the US […]

John Dennis
Trump Fed pick was held in contempt for failing to pay ex-wife over $300,000