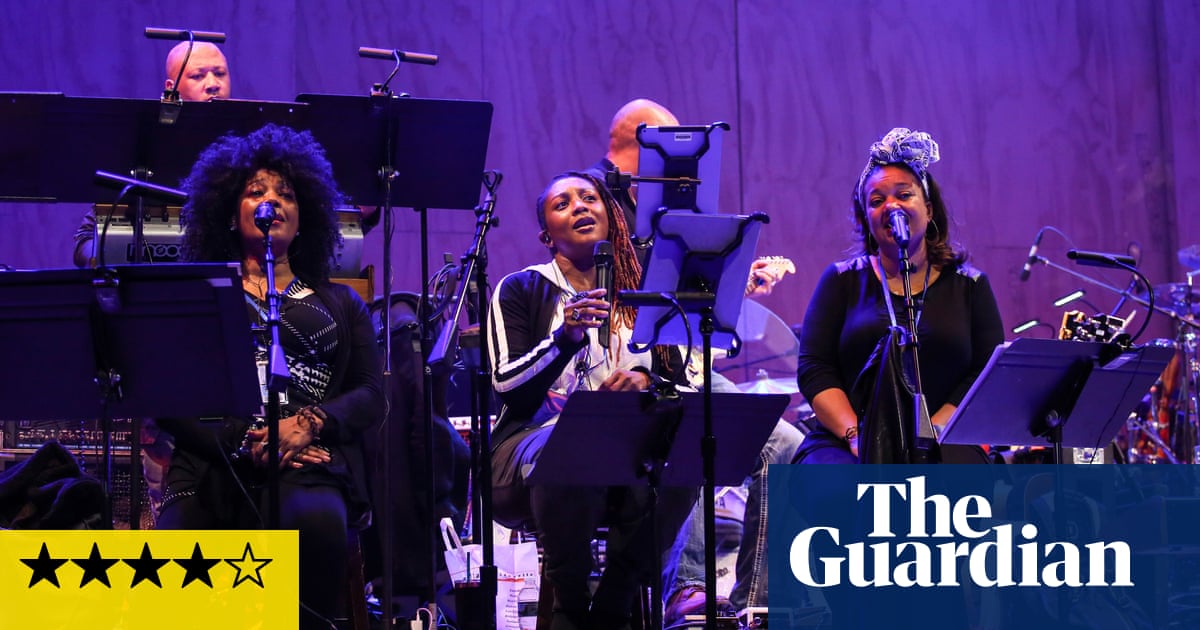 How do you open New Yorks first brand new arts venue for decades? Thats the Shed, a $500m building with two galleries and two performance spaces, and a remit for multidiscipline artistic innovation. Its arrival in the city has been compared to that of MoMA in the 20s or the Lincoln Centre in the 60s, though the Sheds very 2019 neighbours are the malls and super-luxe apartments of the controversial Hudson Yards development.

Alex Poots, the Scottish former boss of the Manchester international festival and now artistic director of the Shed, recruited the artist and film-maker Steve McQueen to come up with an idea. In New Orleans filming 12 Years a Slave, McQueen realised there was no institution devoted to African American music. So he dreamed up Soundtrack of America, five nights of concerts that aim to trace a family tree of black music in the US going back to 1619, when the first slave ships arrived from Africa.

The music adviser is Quincy Jones, jazz great and the producer of Michael Jacksons Thriller (the latter achievement not mentioned in the programme post-Leaving Neverland). Theres also an academic advisor, Maureen Mahon, a music director, Greg Phillinganes, and a very tight, 10-strong band. The lead performers, however, are near-unknowns emerging American talents, five per night, considered to be in the tradition Soundtrack of America is sketching out. Poots says that this sums up the ethos of the Shed, which will bring together established heavyweights and young mavericks to make something completely fresh. Or will it simply be a night of cover versions performed by people youve never heard of?

As the audience gathers in the Sheds largest performance space, which has a ceiling some six storeys high, theres an unmistakable buzz despite the fact that everyones drinking water as theres no bar. Suddenly, the 369th Experience military band, wearing army uniforms, and a marching band from the historically black Washington DC college Howard University, in white and braid, march into the crowd in formation with their instruments and start to play. Its a spectacular sight and sound as they pass through the audience, playing ragtime and jazz, a tribute to black music pioneer James Reese Europe, or so band leader Jon Batiste (who leads Stephen Colberts house band) tells the audience.

After some 10 minutes of this immersive and theatrical experience, the soldiers give a black power salute, the doors on the Sheds plywood stage slide back and the band is revealed. McQueen, in black cropped trousers and yellow trainers, takes the stage to say that his intention was to have people on stage enjoying the music that they make, in the country that made that music, through pain and suffering but also through joy. Then the first performer is introduced, singer and keyboard player PJ Morton, who plays Blueberry Hill in homage to Fats Domino, Higher Ground as a hat tip to Stevie Wonder, and then First Began, his own composition.

Its a formula followed by Victory, whose own pleasantly folk-tinged songs are no match for her set opener: a cover of Nina Simones searing Feeling Good. North Carolina rapper Rapsodys set is less uneven, carried by her charisma and verbal dexterity, with a take on the Fugees ominous Ready or Not raising the roof. A tap-dancing interlude to Thelonius Monks Round Midnight by Michela Marino Lerman does neither the song nor dancer any favours, but does at least demonstrate Poots and McQueens willingness to showcase the kinds of performers who would never get a foot in the door of most high-culture establishments.

By the final section its a party maybe even a wedding party, McQueen frugging away among the audience in his yellow sneakers. Shela caresses Sarah Vaughans Misty (with an arrangement Quincy Jones created in 1950, she points out) and then goes all out with a Whitney Houston medley. While this hardly seems on the cutting edge of black American culture its a bit like opening the British Film Institute by screening Four Weddings and a Funeral it is a lot of fun, Shela navigating Houstons legendary vocal fireworks with spectacular ease. And to top even that, she finishes off with an Aretha Franklin medley (a queens queen), Respect capping the evening decisively.

By being here tonight you are a part of history, Jones had told the audience at the start. Indigenous music has been treated as something unworthy of value because it was born on plantations and juke joints, but the power that it possesses is mighty and cannot be denied. Its impossible to argue with those words and a credit to McQueen and Poots that they opened this new arts centre in the ritziest of locations with something that at its best genuinely was suffused with soul.

‘I see myself in them’: the documentary that humanizes sex workers

In Blowin Up, the women who end up at Americas first problem-solving court focused on prostitution are treated with care and respect You cant just […]